I have been very fortunate to have a breeder of Esther Joseph's status share her wealth of knowledge as well as her beautiful Triseter Gordons with me. In 2002, then Aust & NZ Ch Triseter Ebonie Nirvana ("Nirvana"), a multi-BIS & BISS winning dog was sent to the USA. A few years later, Nirvana's son, Aust Ch Brodruggan Black Knight ("Nike") would join his sire here in the States. 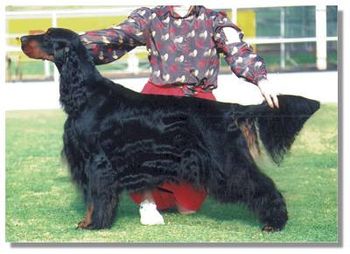 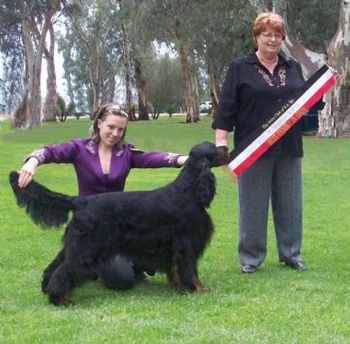 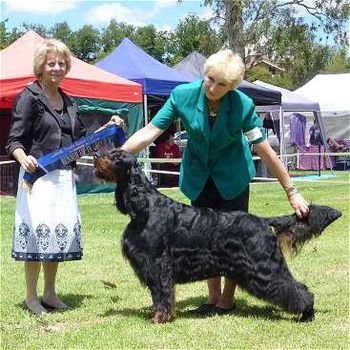 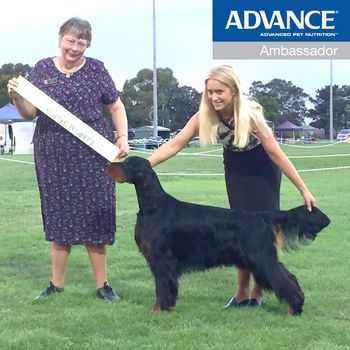