Chip lives with his "cousin" Henri in mid-state Florida. We have high hopes for this very handsome young man.

Making his ring debut in late January getting ready for upcoming specialties, Chip earns 3 single points at his first all breed shows.

Starting off his specialty career with a bang, Chip is Winners Dog at 2 of the 3 Winter Garden Specialties and Reserve at the 3rd! And goes BOS in Sweeps to his sister Marion on the Sunday GSCA specialty! At 9 months and 2 days Chip has 12 points with both majors! We couldn't be prouder of this youngster.

Chip needed a refresher course before the 2017 GSCA National, so a trip to Canada seemed like the perfect opportunity to get him in the ring and he proved he was more than ready! He competed in 3 all breed shows (Stormont Dundas & Glengary Canine Assoc shows in Long Sault, Ontario and in the OVASA specialty and OVPDC group show. He finished his Canadian title with 3 BW and a BOB over champions from the 12-18 month class. He was also awarded a Group 3 in a very large and competitive sporting group @ 15 months old. We think he's ready for the National.

Onto Perry, GA in April 2018 and at his first show after the National is BOW for another major completing his AKC Champion title. The same day as a move up from the classes to BOB competition Chip is Select Dog for a 5 point Grand Champion major with Champions defeated. 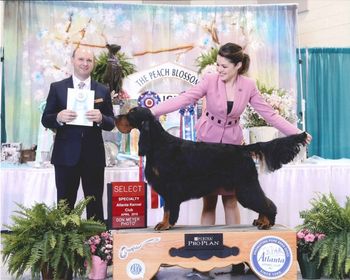 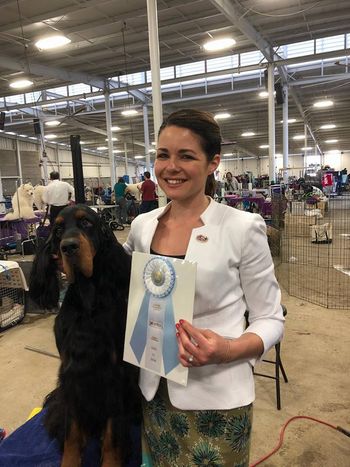 We're so proud of Chip! Move up to BOB and is award Select Dog 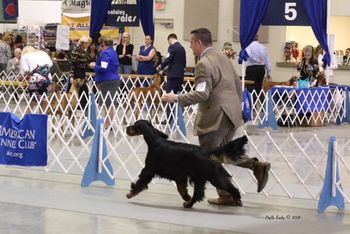 Chip & David on the move in Perry, GA Chip is awarded #3 Gordon Setter in Canada for 2017 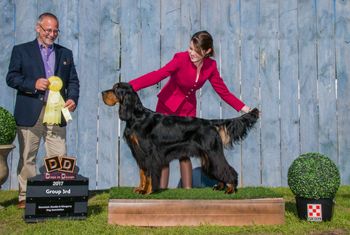 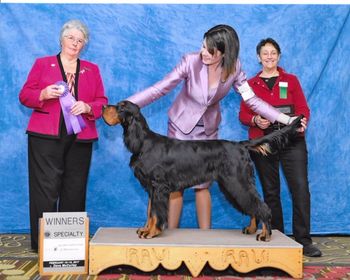 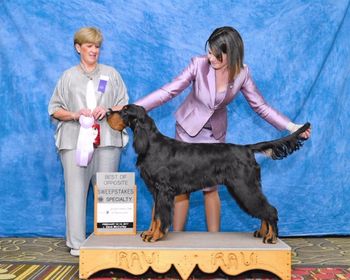 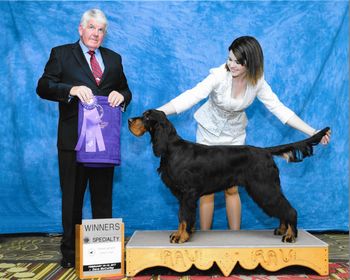 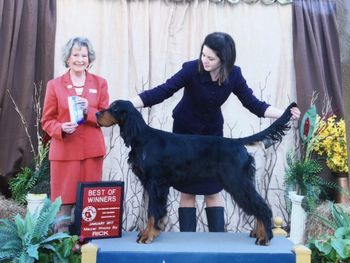 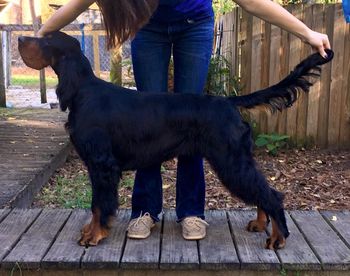 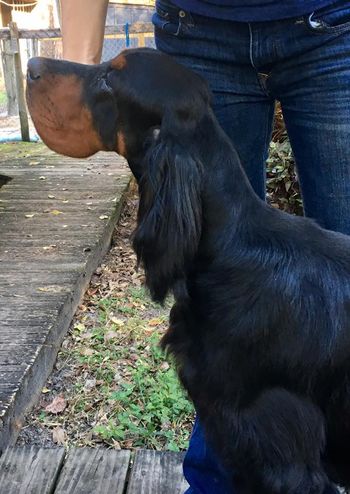 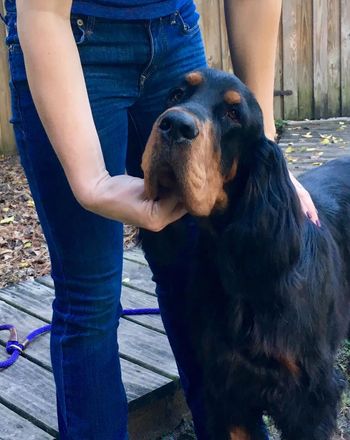 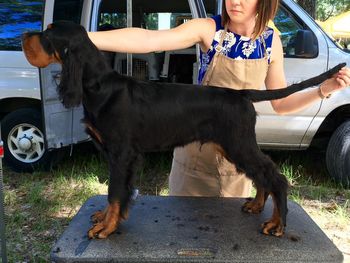 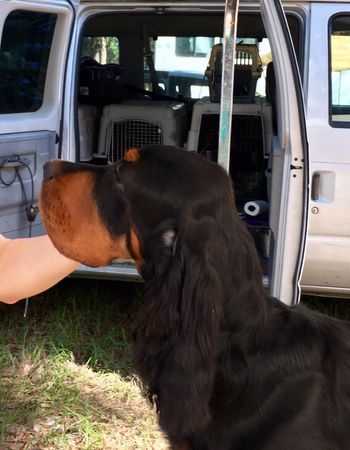 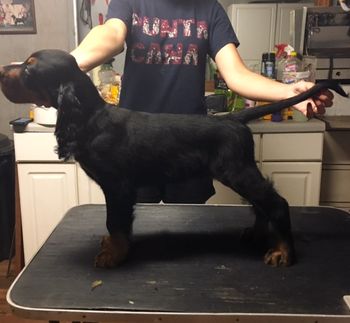 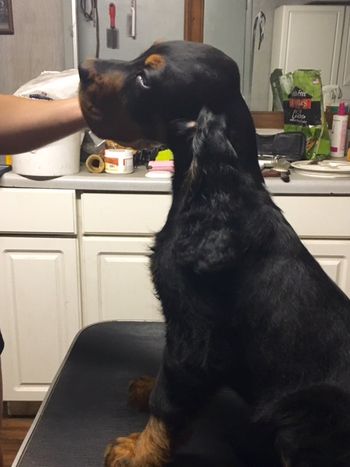 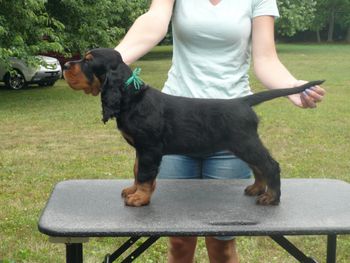 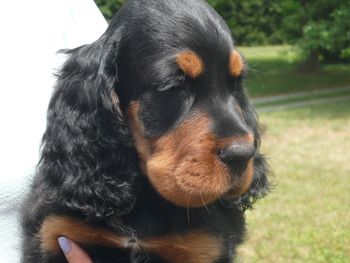