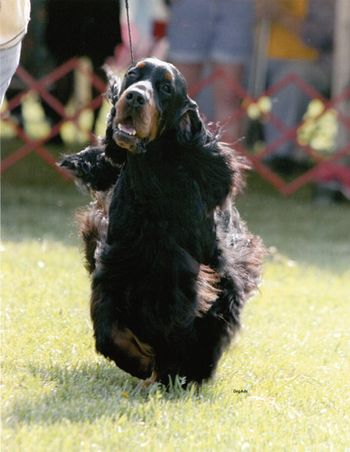 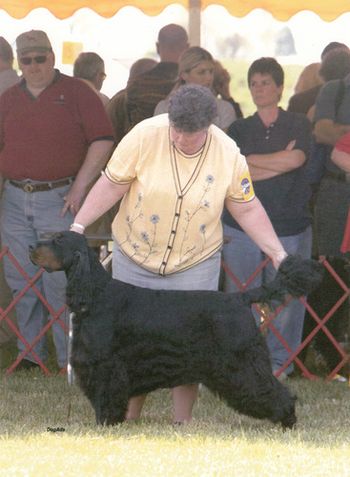 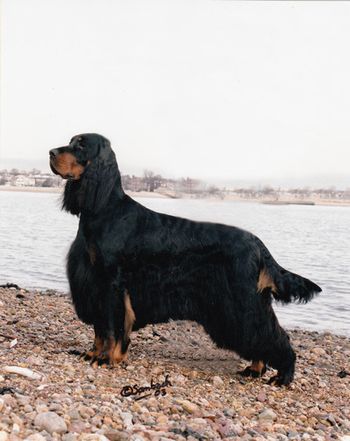 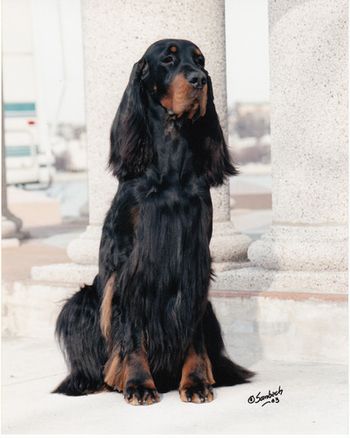 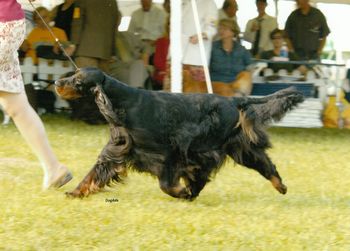 on the move in Canfield, OH 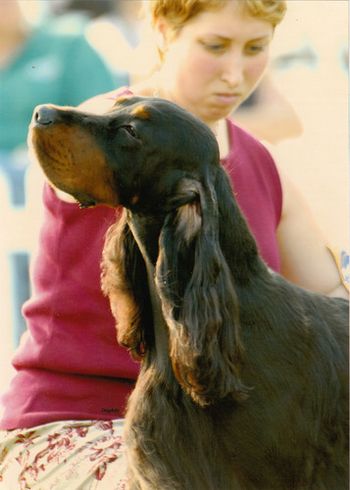 Nirvana had quite a life in his native Australia before heading to the United States in January of 2002. But it is here in the States that he made his biggest "splash". Initially he was only to stay in America for about 18 months, but since not only was he having a successful show career but was making a huge impact as a stud dog, it was decided that he would remain in the US.

After retiring from the show ring, Nirvana went to live with Dottie and George Hawke (Newtown Square, PA) and it was with Dottie that Nirvana embarked on a new career - therapy dog adding an AKC Canine Good Citizen title to his name. He made weekly visits to Bryn Mawr Rehab and was listed as the "only Westminster winner on staff!"

To say that Nirvana has left his mark on the breed around the world is an understatement. In the US alone, he has sired over 50 champions, multiple advanced obedience titles, as well as advanced hunting titled get. We can even include 1 tracking title! He sired multiple BIS and BISS winners and the other accolades that have been heaped upon the Gordons he sired are too numerous to mention. In addition he has sired litters and has progeny all over the globe. He was, without a doubt, a most remarkable dog. 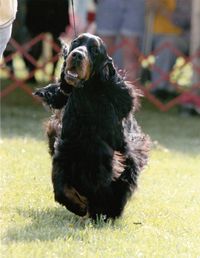