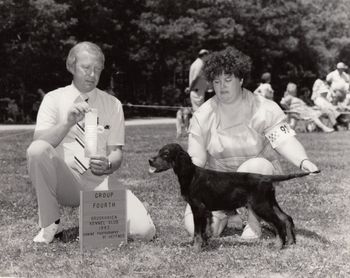 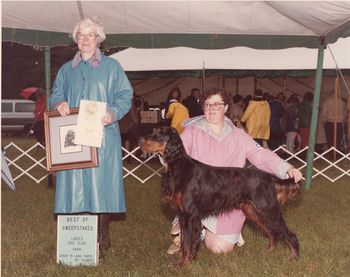 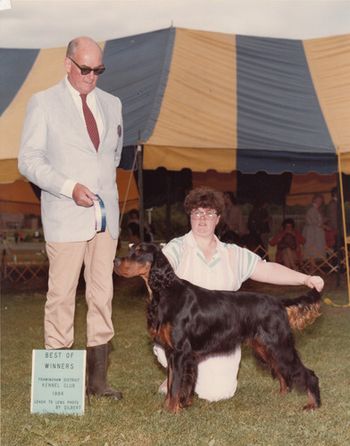 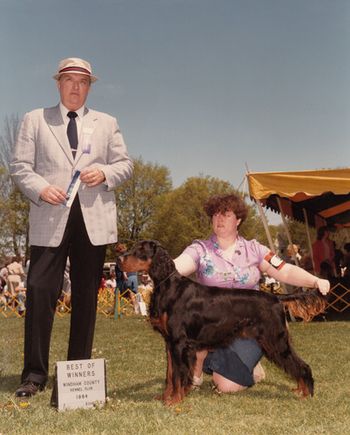 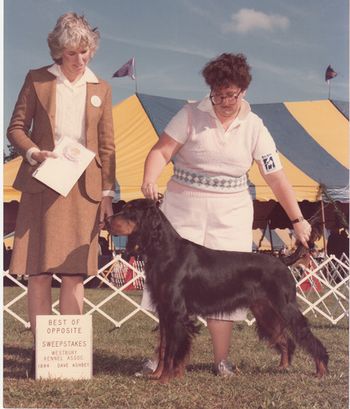 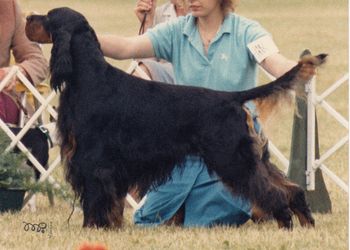 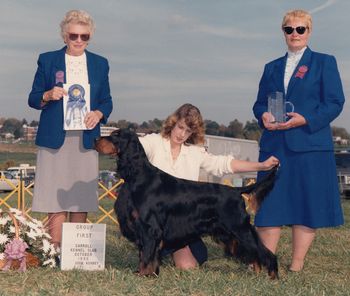 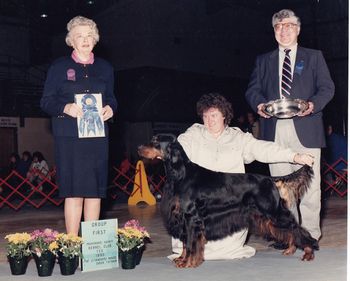 Group with with me on the other end of the lead 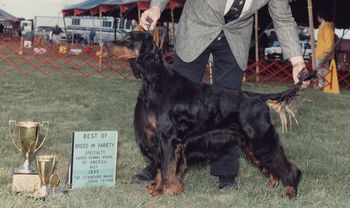 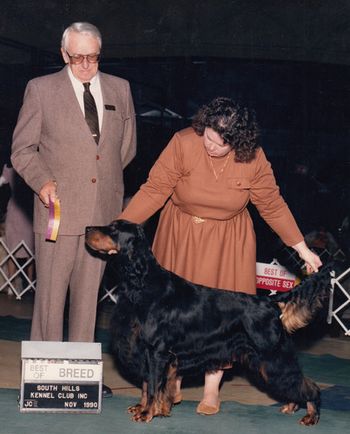 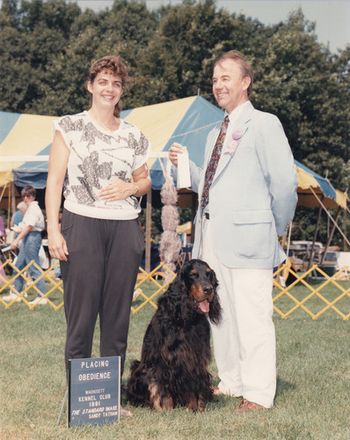 Rory adds a CD to his name. Thanks Maureen McLatchy

My first "home bred" champion, Rory was very much like his mother in his willingness to try everything I asked him to do. He was so easy to show (unlike his sire "Jeb") and loved being in the ring. He was easy to live with and got along with everyone (human and canine!). Like all good Gordons, Rory was a late bloomer and finished his show career with his only specialty win and 3 Group 1sts! When his bench career was complete, we thought it would be great for him to try for the GSCA BBB award - as a veteran he went to hunting tests with Alison Rosskamp and earned his JH fairly quickly - who says you can't teach an old dog new tricks! After lots of classes and some interesting obedience competitions with me, he went off to "Camp Pinebirch" and earned his CD title with Maureen McLatchy. The BBB award was his!

As a stud dog, Rory sired a a few litters with some pretty sweet and wonderful kids. Among their numbers were specialty and group winners as well as well loved family pets and hunting companions.