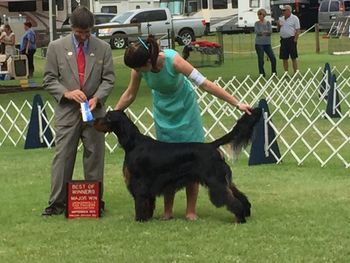 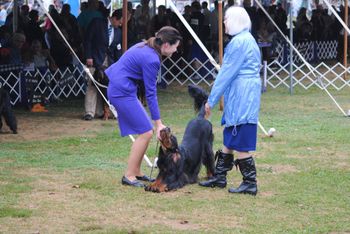 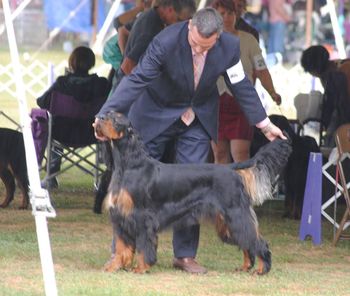 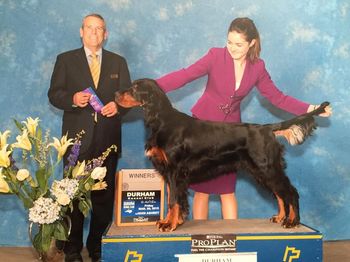 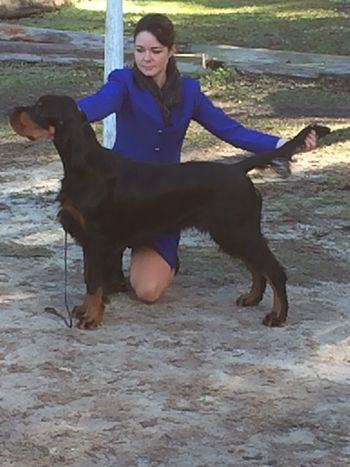 Henri @ 7 months. Getting ready to make his show debut

Henri lives in central Florida and has made his show debut with his handlers Kristyn McCartney and David Stout. He is pointed from the puppy class! And earned his first major from 12/18 mo class in Ocala, FL.

Henri is now a new Champion! Pending AKC conformation, Henri earned his 2nd major and completed the requirements for his title at the Peach Blossom Cluster in Perry, GA. Congratulations to Henri and his owner, Patty. We are very proud of this boy.