Ch. Fair Isle And I Love Her

Sire: GChS Hollyhunt Not By Chance

Martha was the only girl in in her litter and seemed to rule over her brothers right from the start. When my dear friends Mary & Chris Hunsinger suddenly lost their beautiful Winnie (Martha's grandmother), we agreed that Martha would be a much needed distraction for them. In addition it was a good time to separate her from her brother for at least a time.

Of course, no one put money on Martha returning to me and everyone was right. Martha wormed her way into the Hunsinger's hearts and has become a permanent resident of their beautiful property in the York, PA area. Martha "hangs" with her relatives, Rudy, Kelsey and besties Gertie & Poppy, running the acreage, swimming in the creek and although she isn't supposed to - chasing the coi in Mary's beautiful pond!

Martha (and brothers Dewey & Macca) made their show debut at the MidAtlantic Specialties in September 2018 and Martha was a STAR! At the first specialty she was Best In Puppy Sweepstakes under judge Robert Mellis (Brawridge) and Winners Bitch/Best of Winners for a 4 point major under Irish Setter breeder-judge Sam Houston McDonald. The next day she was awarded BOS in Puppy Sweepstakes by Dianne Avery (Wyttsend) and repeated her WB/BW win, this time under Sporting specialist Michael Faulkner for another 4 point major.

Martha joined her brother Dewey in Rye Brook, NY for the Winter Garden Specialties in February 2019 where she won both the Friday and Saturday Puppy Sweepstakes under judges Charles Vose and Denise Clauser. She was Reserve Winners on Friday under Irish Setter breeder/judge Nena Dee.

Martha waited until the 2019 National Specialty @ Purina Farms for her return to the show ring. We were thrilled when judge Richard Powell chose Martha as Winners Bitch for a 5 point major!

Lacking only 2 points to complete her champion title, Martha finished the first day of the Winter Garden Specialties, being awarded Winners at the TarTan Specialty.

Next up for Martha is getting her health clearances and then motherhood later in 2020!

Martha presented us with 9 beautiful puppies on Christmas Eve 2020! 6 boys, 3 girls sired by Aust Supreme Ch Triseter Celtic Ice. Martha has been a fabulous mom. We so love our girl. 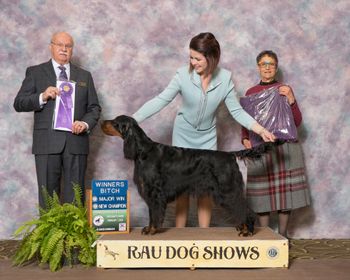 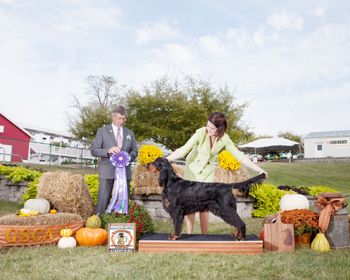 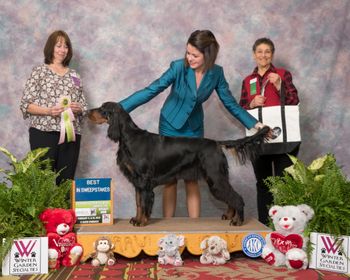 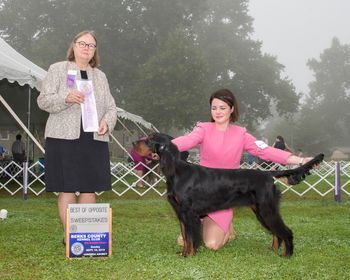 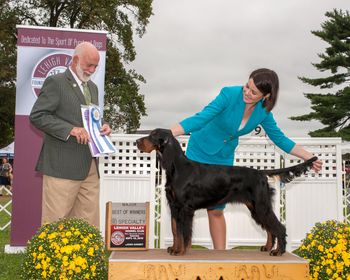 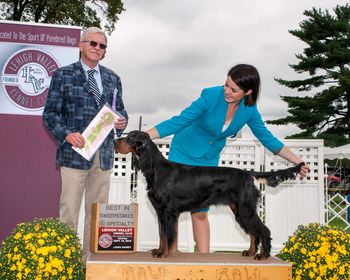 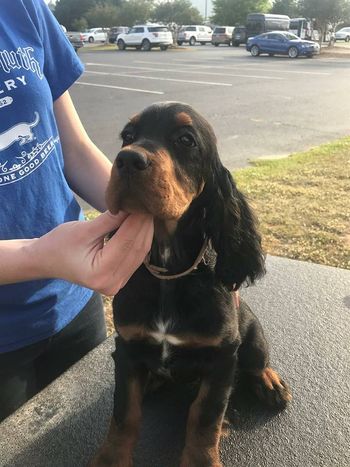 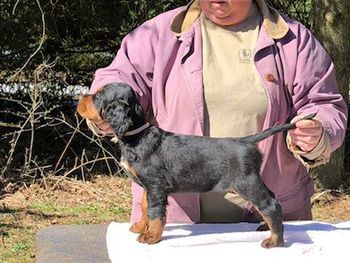 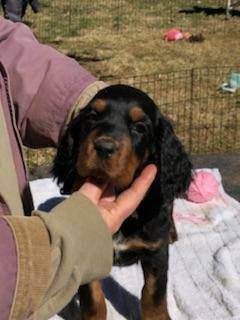 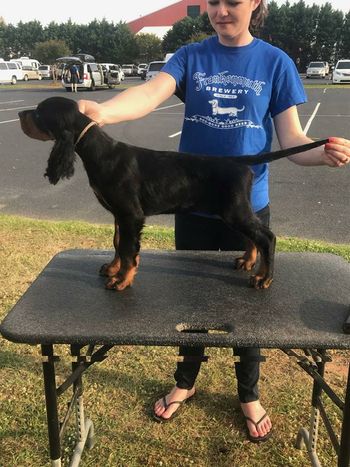