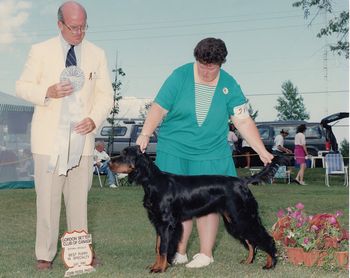 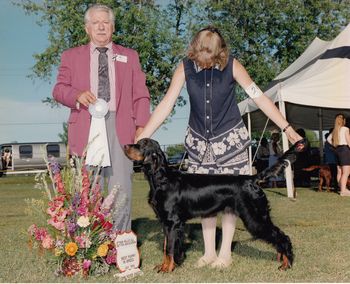 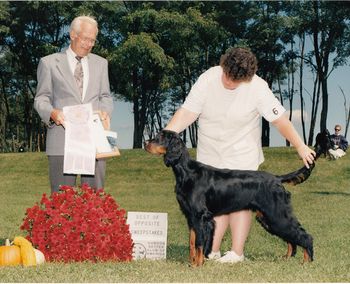 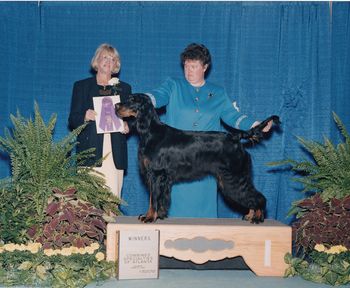 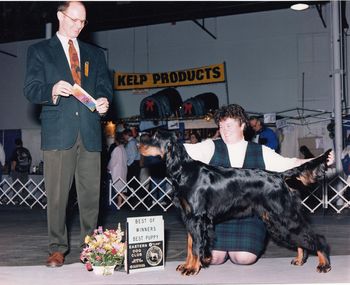 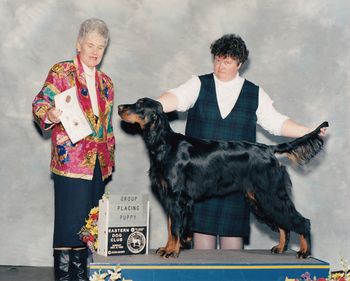 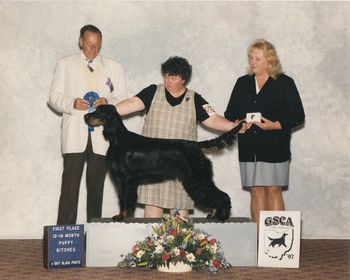 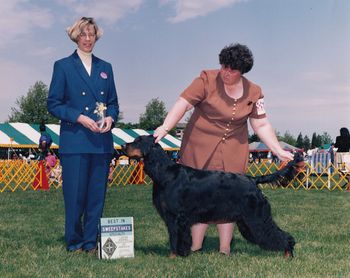 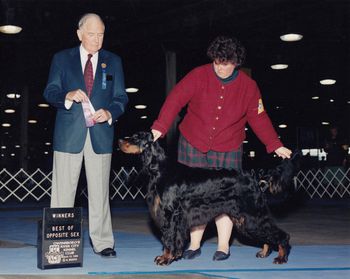 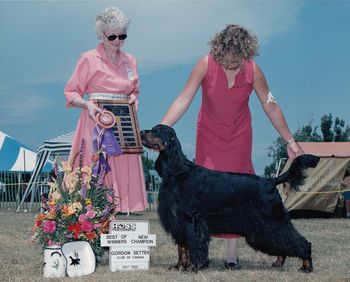 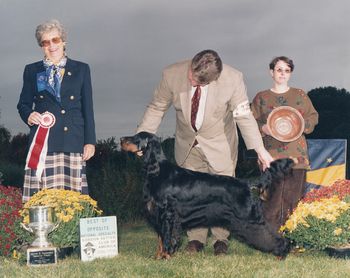 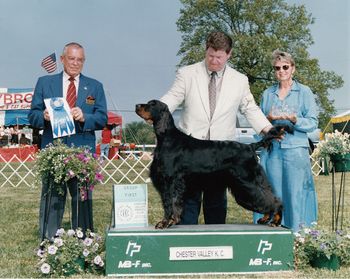 Crazy Keddie ... she was the puppy that "saved me". Right after sending Downer off to live with Kristin Karboski as her new Juniors partner, I lost an 11 week old puppy of my own breeding to Parvo virus. I was devastated. My good friends, Mary & Chris Hunsinger had a litter out of their Rory daughter, Kate, and offered me a puppy. Initially I turned them down, but when their "No Collar" girl was either going to go to me or a home in Canada ... something told me I had to take her. Maybe it was just that the litter was to be named after Billy Joel songs and everytime I turned around it seemed another song by him came on the radio - the final straw was the morning my alarm went off and his "You May Be Right" song was playing (you may well know the following line is "I may be crazy"). I called the Hunsingers and said I would take the puppy.

Keddie and I had a lot of fun in puppy sweeps competitions as well as the limited showing I did with her to earn her bench title. She flunked out of Camp Pinebirch but loved running in hunt tests with Chris Hunsinger earning her JH fairly quickly. She earned her Canadian bench title with Kristin handling.

When the time came for Keddie to venture into the ring as a special - I thought she needed a handler. since Kristin had taken a new job in California working for Professional Handlers Bill & Taffe McFadden. I needed someone fairly local, someone who could put her in a great trim (did I mention she had TONS of hair?) and also alot taller than me as Keddie was a big girl and a lot for me to handle. So I made the choice to send her out with Andrew Doyle. Andrew and Keddie had quite a rapport .. Keddie ADORED Andrew. I'm not sure the feeling was 100% mutual! They went to their first show together in Sept of 1998 and the next month went BOS at the National, Keddie wasn't even 3! What a start.

Keddie was the reason Nirvana came into my life ... if she had puppies by either of the two surgical AI's done with the frozen semen initially sent to the US, Esther would have never offered to send Nirvana to the States. So we all have Keddie to thank for that.